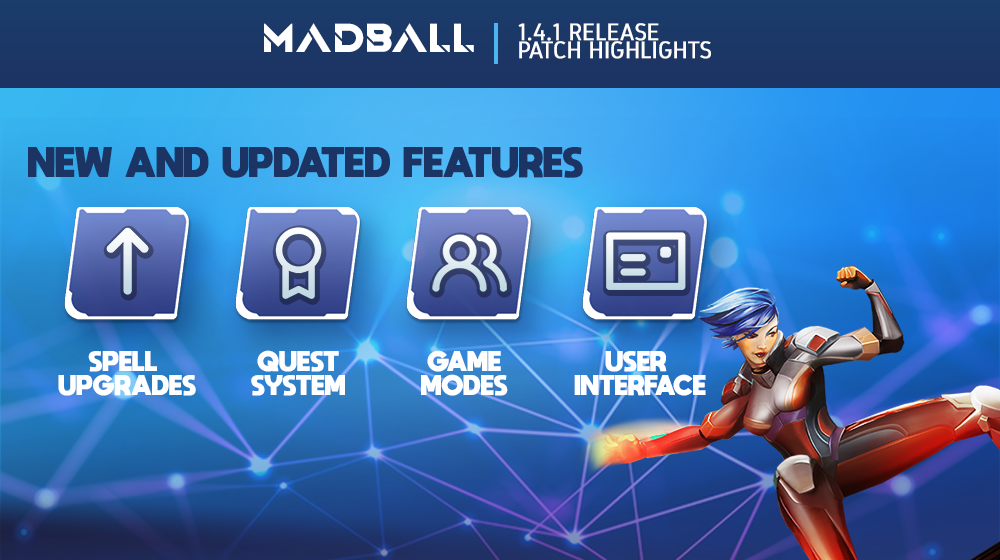 Spell progression and leveling up: Added a progression for heroes’ spells: now you will be able to level up your spells by gathering experience during matches and by completing quests (explained below) to improve the visual and in-game effect of your spells. Take your spells to the maximum level and unleash their full power!

For an easier progression and player enjoyment, now you have the option to choose your preferred game mode. Should you be a new player or a veteran player you may jump into the mayhem or practice to learn how to get the maximum potential from your spells.

The User Interface has undergone an extensive overhaul. Several new options have been added for customization, leveling up and game options.